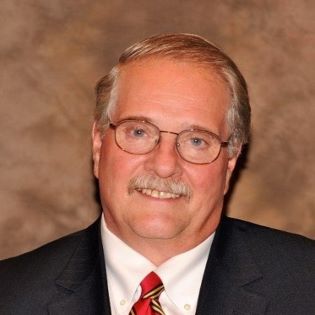 Dr. Trusheim has recently retired after a forty-two-year career in public school education in New Jersey. Dr. Trusheim began his career in public education in 1970 as Director of Bands at South River High School where he also served as Music Department Chairman. In 1987, Dr. Trusheim left South River to become the Director of Fine and Performing Arts and Director of Adult Education in Pequannock Township in North Jersey. Dr. Trusheim served as Assistant Principal in Pequannock Valley School for three years prior to being named Principal of the school in 1994.  In his fourteen years as Principal, Pequannock Valley School was named “New Jersey School of Character” and National Finalist for “National School of Character” in 2006.  Additionally, programs at PV received several Best Practice Awards from the State of New Jersey and from the Character Education Partnership in Washington, D.C.

In retirement, Dr. Trusheim is serving as President of the New Jersey Alliance for Social, Emotional, and Character Development (NJASECD) and also serves as the coordinator of the Northern Region which is based in Pequannock.  NJASECD administers the New Jersey Schools of Character Program which is the first step for schools to attain recognition as National Schools of Character. NJASECD also runs a state-wide annual conference at Rider University. Dr. Trusheim is an annual presenter at the NJASECD Conference and at Character Education Partnership’s National Forum.

Dr. Trusheim is also a facilitator for the Academy for Social-Emotional Learning in Schools. The Academy for Social-Emotional Learning in Schools is a professional learning community and mentoring program led by experts in the field of social-emotional learning (SEL), school culture and climate (SCC), and character development (CD). The Academy is a collaboration between Saint Elizabeth University (SEU) and Rutgers University, under the direction of Dr. Maurice Elias (Rutgers) and Dr. Patricia Heindel (SEU).

Dr. Trusheim earned his B.A. in Music Education from Rutgers College, his M.Ed. in Administration from Trenton State College (now The College of New Jersey) and his Doctor of Education (Ed.D.) degree from the Rutgers Graduate School of Education.

Read Bio
Back to Our Team