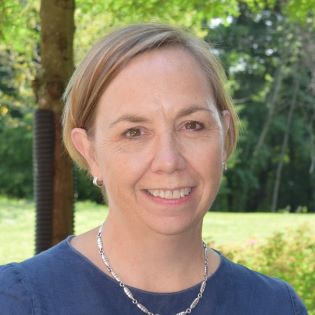 Liz Warner has spent the last ten years in New Jersey building coalitions, connecting schools and developing resources and supports that help schools and students thrive in the 21st century. Her approach has been founded in the belief that social-emotional skills are the foundation for academic, work and life success and the understanding that we all accomplish more together than alone (also a lot more fun!).

She started her work in New Jersey at United Way where she founded the Youth Empowerment Alliance, the School Support Networks and in partnership with the Center for Human and Social Development at Saint Elizabeth University, continued the work of Dr. Maurice Elias’s, Developing Safe and Civil Schools’ project under the name of the School Climate Assessment and Improvement Process.

In 2012, Liz founded the predecessor to SEL4NJ – the New Jersey School Health and Climate Coalition (NJSHACC). NJSHACC was a state-wide coalition with membership from a broad spectrum of education, government, community non-profit, and health provider organizations with a unified concern for the well-being of children and success of schools through integration and coordination of multiple perspectives. Many of the goals and objectives have stayed the same as the coalition has evolved into SEL4NJ which is a state affiliate of SEL4US.

Liz often speaks both regionally and nationally on collaboration building as well as the importance of a coordinated approach to SEL and school climate improvement. Previous to moving to NJ 12 years ago, Liz spent 16 years in higher education publishing  and although originally from Wisconsin, spent almost 19 years living on the other side of the Atlantic in the UK and Denmark. In her spare time Liz loves to travel and has been known to share her remarkable story of attempting the ‘Last Degree’ in 2005 — her 10 day unsupported trek trying to reach the North Pole.

Recently the work has been consolidated at the Center for Human and Social Development at Saint Elizabeth University where Liz co-directs the School Culture and Climate Initiative with Patricia Heindel, Ph.D. In addition to the Initiative, the Center also houses the online Academy for Social-Emotional Learning in Schools which is a project co-directed by Dr. Maurice Elias of Rutgers University and Dr. Patricia Heindel of Saint Elizabeth University.

Read Bio
Back to Our Team